At a meeting in Tokyo last year it was decided that Transition World’s launch event will be linked to the launch of the Fuji declaration, which will be presented at an event organized by The Goi Peace Foudation in collaboration with the Club of Budapest. When the sun sets behind Hamlet’s castle in Elsinore in Denmark on the 16th of May 2015 it rises on the other side of the planet – at Mount Fuji in Japan – and so turning the calendar page to the 17th of May. At this very moment we will connect the two locations via livestream and invite the world to join us.

There are few places in the world that are surrounded by as much drama and history as Kronborg in Elsinore. It’s where the deadly cannon clad fortress meets the lavish Renaissance castle, and where Hamlet’s spirit haunts the hallway.

Kronborg Castle was built in the early 1400’s, to collect dues of ships. In 1601 Shakespeare published his version of the drama Hamlet; a story about Danish prince Hamlet, transformed into a modern renaissance story in Denmark’s famous Kronborg Castle. The Castle has since become known throughout the world as “Hamlets Castle in Elsinore”.

On 30 November 2000 UNESCO’s World Heritage Committee inscribed Kronborg on the list of World Heritage, which are considered to be of universal importance to the common heritage of humanity. Kronborg is joined on the list by other sites such as the Pyramids of Giza, the Great Wall of China and the Acropolis of Athens. 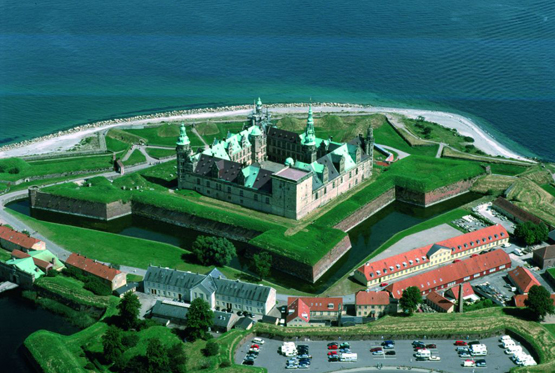 The Fuji Declaration is a call to consciously evolve with others and with nature to bring about a sustainable, flourishing world for all people and future generations. It is a call to all global citizens to recognize and nurture the full human potential and divine spark within each human spirit so as to collectively catalyze a timely shift in the course of human history.

Read more about the Fuji Declaration

INITIATORS OF THE FUJI DECLARATION